This research is about development of a hovering underwater robot platform with rotatable thrusters that can capture harmful starfish in coastal waters within a 30 m depth.

In southern coast of Korea, harmful starfish causes considerable damage to the oyster and abalone farm. Most of the cleanup has been by human. Long diving is very dangerous and can bring about a chronic disease. Thus we will develop the robot instead of human. This robot is not fully automatic but tele-operated, so the robot is useful tool for divers. In addition, the robot has module design so it can be replaced working unit for other jobs underwater.
A new underwater robotic platform has four rotatable thrusters. Four thrusters are rotatable along the axial direction represented by the green line in figure 2, and each of the two thrusters is rotated synchronously. Then, the robotic platform can achieve six degree-of-freedom motions in space. The robust hovering ability is the most important function of the robotic platform for underwater operations.

A. Detailed design and produce of a prototype
B. Dynamic modeling
C. Experiment of tilting thruster
D. Hovering control simulation by Simulink 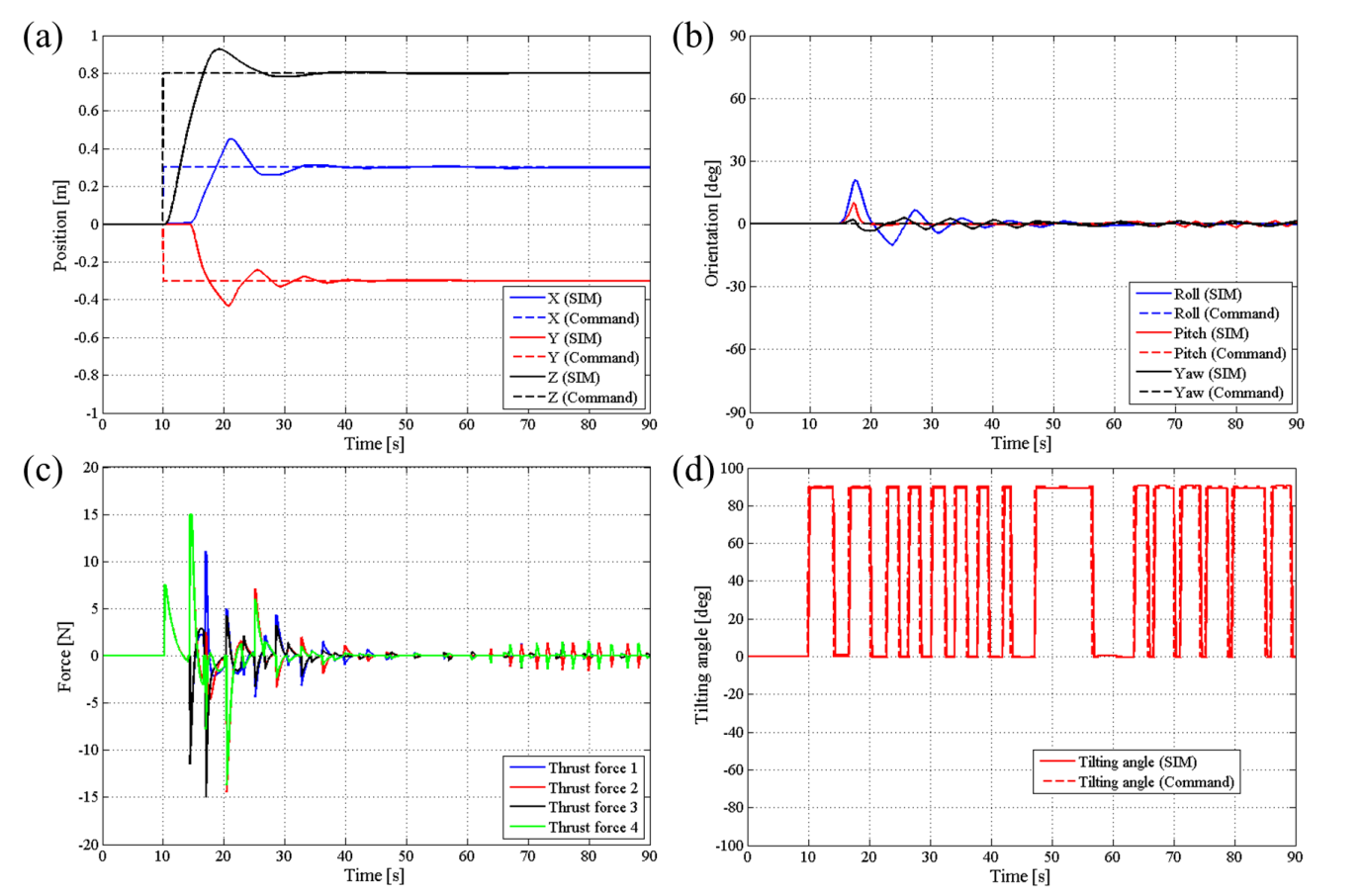 A.    Experiment of hovering control